LEONARDTOWN, Md. – Nov. 10, 2022 – The Leadership Southern Maryland (LSM) Executive Program Class of 2023 strengthened their leadership wings Nov. 3 when they went behind the scenes at Naval Air Station Patuxent River (NAS Pax River). The class was allowed on base for a rare in-person tour to learn about the vital roles that Naval Air Systems Command (NAVAIR) and the Naval Surface Warfare Center Indian Head Division (NSWC IHD) play in
our nation’s military defense and Southern Maryland’s economy and culture.

“I’ve supported NAVAIR for over 20 years and this was my first opportunity to tour the air traffic control tower and Test Pilot School,” said Yu-Hsuan Chen, vice president and co-founder of Integrated Program Solutions, Inc. “The aerial view of the naval base certainly provided a unique and insightful perspective on both the overall base and how it fits within the Southern Maryland region.”

The executives also got chances to “take the controls,” of explosive ordnance disposal (EOD) robotics from NSWC IHD and of NAS Pax River’s manned flight simulators.

“I learned that so much more happens at Pax River than what I thought,” said SMECO Energy and Technology Programs Manager Jennifer Raley, a lifelong resident of St. Mary’s County. “I almost wish I had chosen that career path, as I felt like I missed out on some exciting stuff happening right here in St. Mary’s County that I want to be part of!”

“Connecting the dots among Southern Maryland’s industries, support organizations, ourselves, and the wider world is a key element of the LSM experience,” said LSM Executive Director Dr. Sybol Anderson. “Seeing the importance of Pax River and Indian Head to our national defense,
and the interdependence of the Southern Maryland and naval base communities, helps us appreciate the significance of Southern Maryland to the world.” 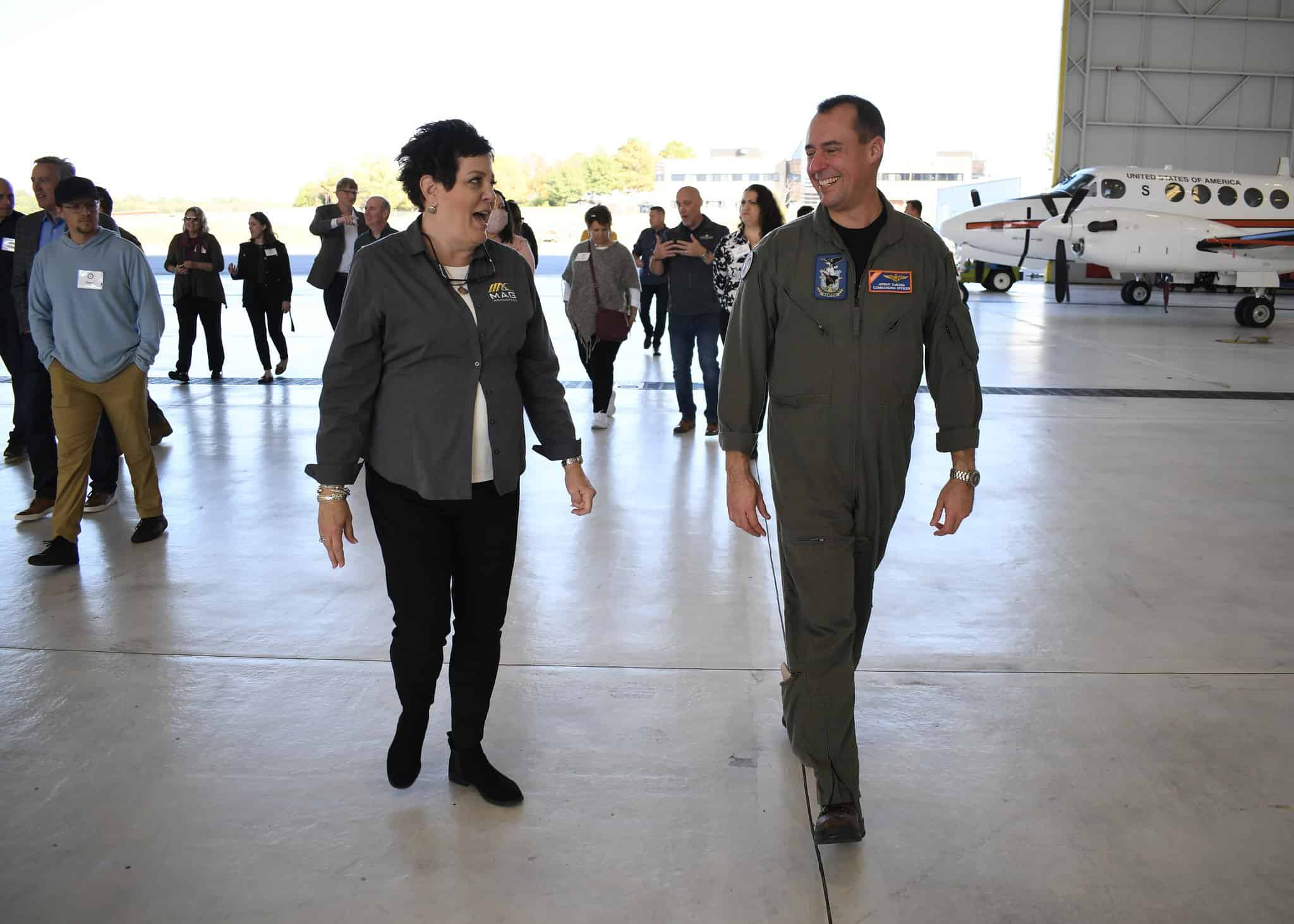